Voicereel (4 mins) – various voices (Voiceover script; Hitchhikers Guide to the Galaxy; Lock, Stock and 2 smoking barrels; Lord of the Rings; Here’s to the creative ones).

Voicereel of 6 different scripts – British accents and American – Scripts from voiceactorwebsites.com. Music from Bensound.com and AShamaluev.

Voice genders and “ages” I can perform

I offer my services for these recording purposes

I have been involved with the Torquay Theatre Troupe on the Surf Coast since 2004 and have acted in 30 plays with them. I am experienced with voice projection and speech clarity. I have also performed with other local theatre troupes including Geelong Repertory Company (‘The Foreigner’, ‘Lysistrata’ and ‘Arsenic and old lace’) and Anglesea Performing Arts (‘Shadows of Angels’).

I was approached to do the voiceover part of the foreman (Scottish accent) in the Gordon Institute of TAFE’s training video “Lean gone Lego“.

I also recorded two short stories for librivox.org (The Invisible Eye and The Waters of Death) and have done radio advertisements on community radio in country Victoria and local Geelong radio.

I worked as an extra in a movie in Beijing (Qian Xuesen at minute 8.30), and enjoy working with creatives.

I can do a range of accents, speeds, tones and timbres.

My recording and delivery capabilities

For general purposes I own a Neewer NW-800 mic and record in my home studio sound booth. I record and edit in Adobe Audition. This produces clean clear audio for client satisfaction.
For more complex work I have ready access to a local professional studio which has state of the art equipment and facilities. 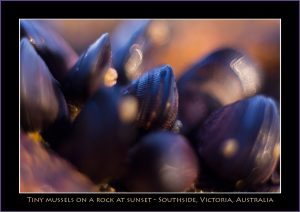